The Olive Branch of Hope is currently partnering with researchers to ensure that evidence-based facts are provided to the community. Below are summaries of projects submitted by Family Physician Dr. Aisha Lofters.

Using OHIP billing codes, this study determined the proportion of women who were not screened during the three-year period of 2006-2008 among 455 864 identified immigrant women living in Ontario’s urban centres. Certain variables were significantly associated with lack of screening, no matter where in the world immigrant women came from.
These variables were: being younger than 34 or older than 50, living in the lowest-income neighborhoods, not having a family doctor, having a family doctor who was from the same part of the world, and having a male family doctor.

To increase screening rates across immigrant groups, efforts should be made to ensure that women have access to a regular source of primary care, and ideally access to a female health professional. Low rates of cervical cancer screening among urban immigrants: a population-based study in Ontario, Canada Lofters A, Moineddin R, Hwang S, Glazier R. Med Care. 2010; 48(7):611-8. The objective of this study was to examine rates of appropriate cervical cancer screening among women living in Ontario, Canada.

Focusing on science and genetics to ensure details are recorded and reported accurately are a team of physicians and researchers who also serve as our partners and advisers. Dr. Aisha Lofters, family physician and scientist with the Li Ka Shing Knowledge Institute of St. Michael’s Hospital, Dr. Juliet Daniel Professor in the Biology Department at McMaster University and Dr. Onye Nnorom, Public Health and Preventative Medicine Specialist have been working in their respective fields for several years to ensure we have the information that is relevant to our population. Information that speaks to our diversity and how we deal with health issues. 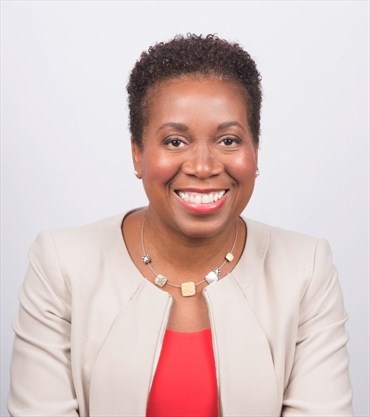 Dr. Juliet Daniel is a Professor in the Department of Biology at McMaster University. Dr. Daniel received her B.Sc. from Queen’s University (Kingston), her Ph.D. from UBC (Vancouver), and completed postdoctoral fellowships at St. Jude Children’s Research Hospital and Vanderbilt University in Tennessee. At McMaster, Dr. Daniel’s research team focuses on understanding how disruptions in cell-cell adhesion and signaling through transcription factors contributes to breast cancer initiation and progression.

Dr. Daniel is most interested in the aggressive triple negative breast cancer subtype, TNBC, which is associated with poor prognosis due to an absence of specific therapies. Intriguingly, young pre menopausal women of African ancestry have a higher TNBC prevalence and mortality compared to other ethnicities despite a lower incidence and lifetime risk of breast cancer. Since socio-economic status does not fully explain the racial disparity in TNBC prevalence and mortality, Dr. Daniel seeks to identify unique biomarkers or gene mutations that may explain this racial disparity.

Her team will utilize genetic, genomic, molecular and cell biology techniques to analyze TNBC tissues from populations of shared African ancestry (Caribbean and West Africa) to identify genetic risk factors that can be used as biomarkers to diagnose or develop therapies for TNBC patients worldwide.

In addition to her position at DLSPH, Dr. Lofters is a family physician with the St. Michael’s Hospital Academic Family Health Team and a scientist with the Li Ka Shing Knowledge Institute of St. Michael’s Hospital. She is an assistant professor at the University of Toronto in the Department of Family and Community Medicine and an adjunct scientist at the Institute for Clinical Evaluative Sciences. 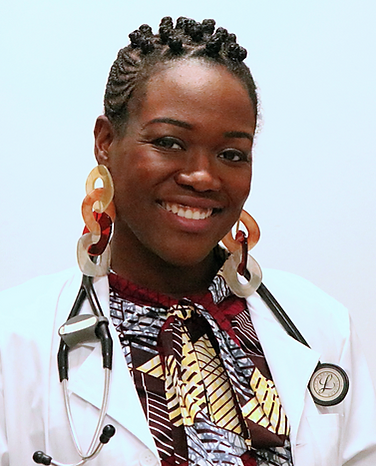 Dr. Onye Nnorom is a Family Doctor and a Public Health & Preventive Medicine specialist. She practices at TAIBU Community Health Centre, in Scarborough and is the Primary Care Lead for the Central East Regional Cancer Program (Cancer Care Ontario), providing leadership on matters of cancer prevention and care to primary care physicians in the region.

She is also the Associate Program Director of the Public Health & Preventive Medicine Residency Program at the University of Toronto and holds a cross-appointment in the Department of Family and Community Medicine.

Dr. Nnorom completed her medical degree at McGill University and then completed a Masters of Public Health (Epidemiology) and residency training at the University of Toronto. Being of Nigerian and Trinidadian heritage, she is particularly interested in immigrant health, and Black community health and wellness. Her main area of interest is in the prevention of chronic diseases, particularly cancer.